Making cycling accessible through electric tricycles with ReDiscover Dundee, with a direct link from healthcare professionals via Green Health Prescriptions.

The Dundee Green Health Partnership was launched in April 2018 aiming to connect people with the outdoors for physical, mental and social wellbeing, by working in partnership with Dundee City Council, NHS Tayside, the Third Sector and communities. In order to achieve this Green Health Prescriptions were developed and integrated within the NHS Tayside, focussing on the Dundee service, in order to allow healthcare professionals to refer patients to nature-based activities - outdoor physical activity groups within the local community.

As there were many local nature-based activities already, it became apparent that certain groups of people were less able to participate in the groups due to their conditions and especially cycling activities were less likely to be accessible for all. Thus ReDiscover Dundee was developed with potential service users, to enable even more people to become active and make the shift to active transport in their day to day.

Through focus groups with potential service users we discovered that many people would like to participate in cycling as a means of travel but also for their health, however normal bicycles were not suitable for them. A variety of things can make cycling inaccessible such as balance or mobility issues, arthritis, chronic pain, the need for a mobility aid, lack of confidence and having never learnt how to cycle. We tried several adaptive bikes and found that for our focus group electric tricycles (eTrikes) were the best. The three wheels make them stable, so balance or the worry of falling is no longer an issue. The electric boost helps those less able to get moving and also helps with the occasional hill. The electric boost can also be increased so that those suffering from chronic pain can be physically active without having to put a lot of effort in to get moving.

We learnt that a lot more people than initially engaged in were benefitting from eTrikes. For example, some people who used to be keen cyclists are transitioning to eTrikes as they are getting older, to stay active and reduce the chance of falls and injuries.

Unexpected surprises: During lockdown the fleet of eTrikes were available for participants to use as a safe means of transport. Some participants were able to hold on to an eTrike or get their own and many are using them daily to stay fit and go about town, for some this means reducing journeys by taxi or car.

We connected this project to the NHS by integrating it in our Green Health Prescribing pathway, so that clinicians across Dundee are able to refer people.

The project won Paths for All's Active Travel Project of the Year in 2020.

Due to the success of the project eTrikes the project is expanding; eTrikes are now available for patients at Carseview as part of their supervised physical activity and the next step is to expand to Royal Victoria Hospital to enable patients and the local community to participate. 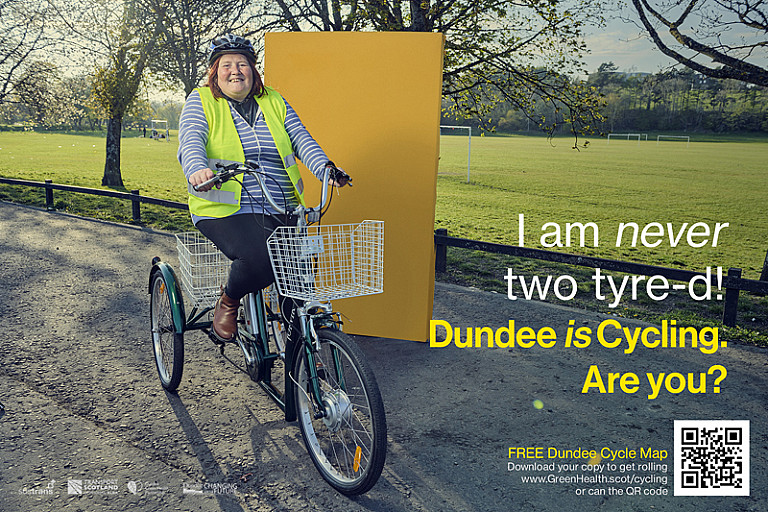 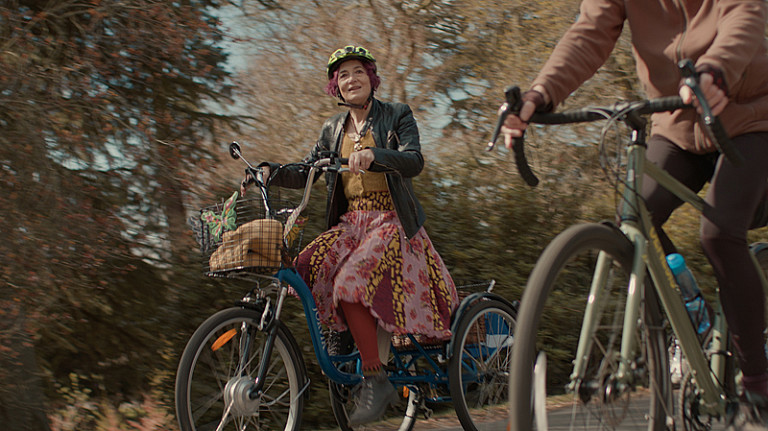