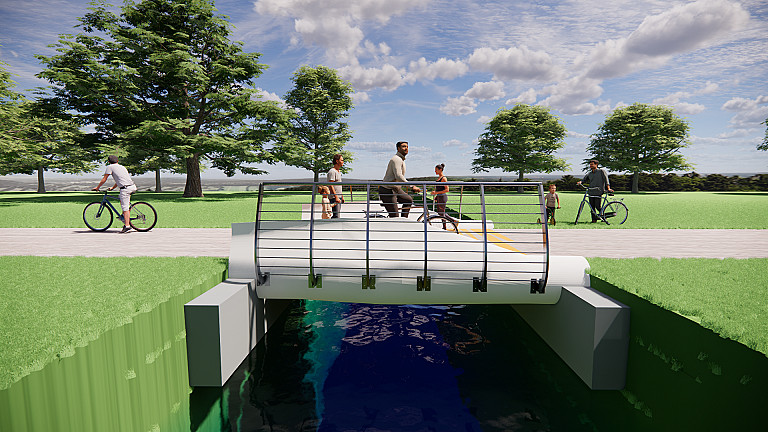 A recycled turbine blade repurposed as a bridge. 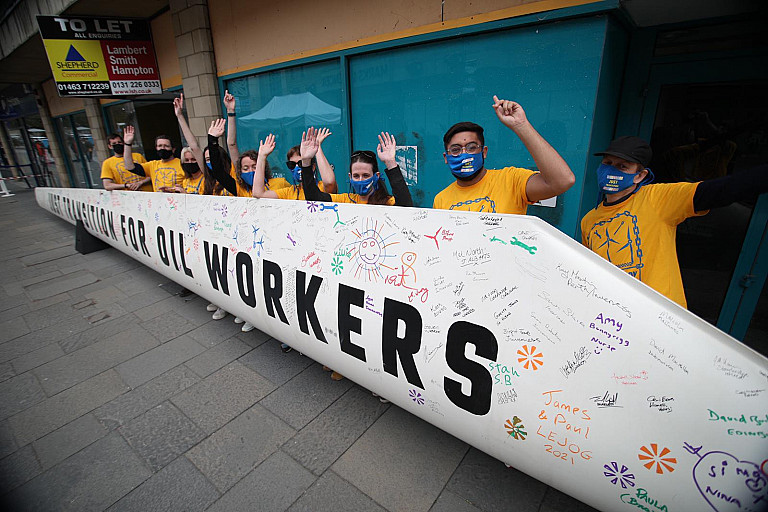 A turbine blade used by Greenpeace in an energy awareness campaign.

Everun is a leading provider of onshore Wind Turbine Generator (WTG) asset management services. Our experienced team removes the day to day challenges associated with the management, operation and administration of wind turbines.

Sustainability is important to us as a team and as a business therefore we were thrilled to be involved in two initiatives that saw our wind turbine blades being repurposed for an important cause with Greenpeace and our involvement in the bridge made out of the recycled turbine blade that was brought about by Re-wind project.

For the Re-wind project our turbine blade was repurposed for use on the Midleton to Youghal Greenway Project which consisted of teams from Cork Institute of Technology, Queens University Belfast and Georgia Tech in the USA. Our involvement in the Re-wind project meant that engineers decommissioned a N29 turbine where the blades were then used and transported to County Cork where they will be recycled into the main structural element on a number of small bridges spanning the Greenway with two blades laying apart horizontally, with a walkway in between. The blades have recently gone through destructive testing to ensure structural integrity with the rest being retained for the actual construction.

The project has made great progress and should be in place by the end of the year. Not only will it be the subject of a paper in the Transportation Research Board but it will also make the space more accessible for pedestrians and cyclists to pass through.

We also teamed up with Greenpeace UK, Friends of the Earth and Platform to support the transition from oil and gas to renewable energy through their 'Just Transition Tour' where the aim was to secure offshore workers easy access to sustainable green jobs in renewable energy. As a company that operates in the Renewable Energy sector, with our services in managing wind turbines and after recently launching Everun Electric Vehicle Charging Solutions which provides charging solutions for homes, workplaces and public and commercial premises throughout Northern Ireland, we believe it is important to invest into Renewables as the way forward and we were pleased to see our blade contributing to the success of the Just Transition Tour which saw the #SignTheBlade campaign tour gained a total petition signatures of 14,215.

Recycling turbine parts is becoming more and more prevalent with some really interesting projects being developed. We were also proud to be involved in the recent Greenpeace initiative supporting the transition of workers from the oil and gas industries into renewable energy. One of our disused turbine blades was transported through Scotland and signed by people supporting the campaign.