Rewilding an old golf course in a key location at Porthkerry Country Park for the benefit of wildlife and people locally. 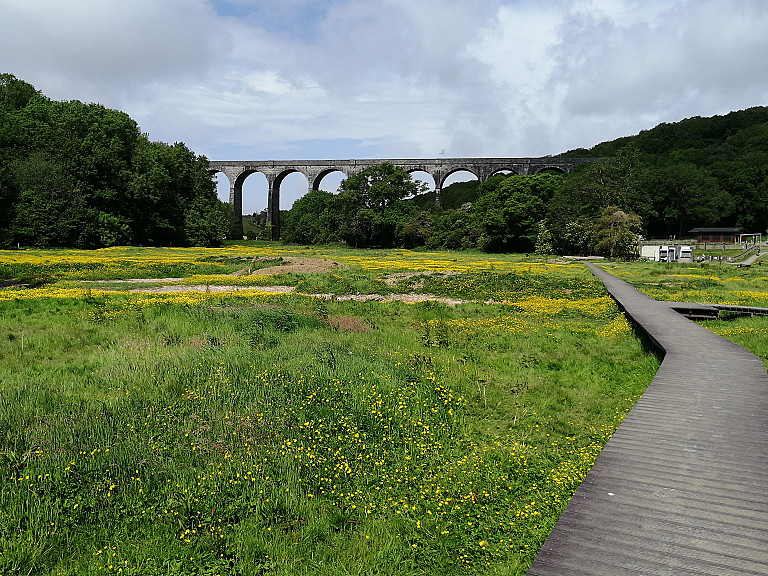 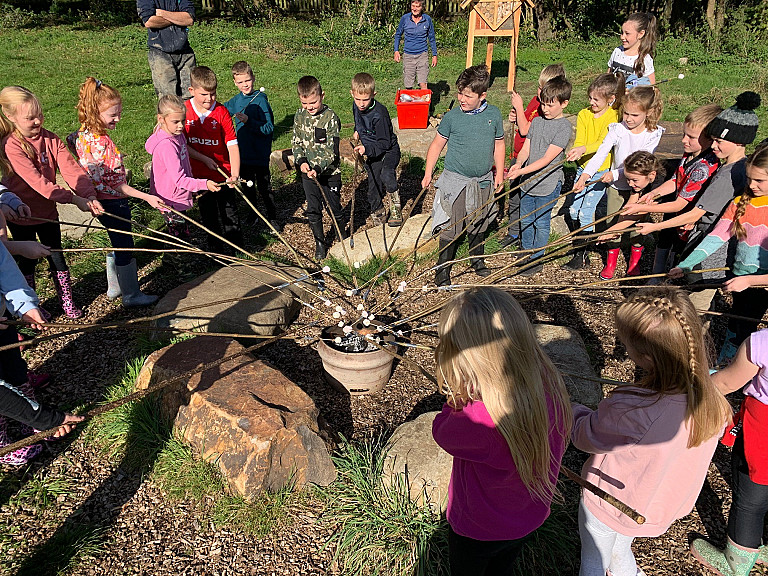 School groups visit to learn about the importance of biodiversity 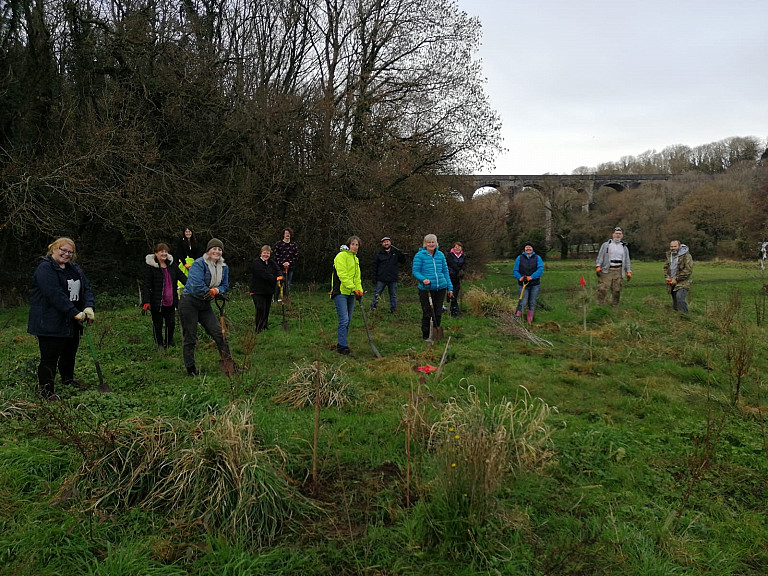 Porthkerry Country Park in Barry is known as one of the jewels in the town’s crown. It attracts thousands of visitors annually who want to engage with nature and enjoy the fresh air. For many years, it was also home to a 12-hole pitch and putt golf course which, in April 2019, was closed due to continuous flooding and increasing maintenance costs, which meant it had lost popularity with the public.

For these reasons, it was decided that the 3.5 hectares of grassland, which is in a key location right next to the main car park, should be rewilded. It was very much a team effort with funding and support from the Vale of Glamorgan LNP, Vale of Glamorgan Council, Waterloo Foundation, Welsh Water Community Fund, Landfill Trust Grant, Innovate Trust, Porthkerry Wildlife Group, as well as a number of conservation groups and volunteers.

We let the old golf course grow naturally for about a year to see what plants would sprout up. We also worked out how to allow for public access and it was decided that this would be best achieved through the erection of boardwalks made out of recycled plastic. We also identified areas which would hold water well enough to become ponds, and took into account flood alleviation measures, including widening the stream and cleaning out and widening ditches.

We’re so pleased to find that the ponds have attracted amphibians, reptiles, mammals, birds and invertebrates, and the wildlife corridors we built give them a route from the ponds to wildflower areas and woodlands. Some species, like grass snakes, have returned for the first time in years to the site, which is testimony to everyone’s efforts. It’s a great example of how you can reintroduce species to an area where they were once abundant, while at the same time protecting biodiversity for the future. There is no doubt that the work has enhanced the site’s ecosystem resilience for today and, hopefully, well into the future.

The project has provided a great platform to teach people about nature, and its benefits too. Education and learning areas have been established and panels have been put up to help people understand the importance of meadow and pond habitats.

And there’s been a really positive response to the project from so many people, including the many school groups that visit the park learn about the importance of biodiversity. We are also very pleased to be able to provide the local community with a very special space which has a hugely positive impact on mental health.

We visited Knepp - a 3,500-acre estate in West Sussex which is regarded as one of the pioneers in rewilding in the UK. Since 2001, the land – which was once intensively farmed – has been devoted to a pioneering rewilding project using grazing animals as the drivers of habitat creation. Places like this are hugely inspirational for anyone looking to do something similar on a small or large scale. They are definitely worth a visit.

It's good to involve your local networks so that you have support with the project. We worked with The Innovate Trust, and volunteers from there helped us two days a week with our planting schemes. Partnerships such as this with external agencies are really valuable and help you move forward a lot quicker than you can working alone.

Investing in community engagement is really important too. People don’t always like change and it’s important to let them know what’s going on and to make sure you allow time to consult with them. When you do a consultation process, make it interesting and also informal. It’s better if it’s not just a paper exercise. Give people a reason to visit you – make it family friendly, that way you are going to get a better response and better feedback.

Take advice from the experts. We consulted with The Amphibian and Reptile Conservation Trust and Natural Resources Wales to make sure the work we were doing was going to be good for local species. They’ll give you tips on everything from how to design your ponds, to what plants will prosper in the habitat.

We measure by the number of people who visit, surveys which capture data around species in the area, the number of children we are able to educate through school visits, and the number of partners invested in the project.
Read more
Share this initiative
Inspired? Find out more