Plastic Free Communities is a grassroots campaign, originated by Surfers Against Sewage, that empowers and connects people to free where they live from avoidable, throwaway plastic; from beaches, rivers and green spaces, all the way back to the brands and businesses who create it.

The campaign centres on five objectives to achieve the Plastic Free Communities award:
- Working with the local council
- Encouraging local businesses to reduce single use plastic
- Signing up community groups, schools and organisations
- Holding events and actions
- Setting up a steering group to drive the movement

When Plastic Free Communities launched in 2017 the ambition was clear. 125 communities working on the five-step toolkit above to start freeing where they live from avoidable, single use plastic. This remarkable grassroots action has grown dramatically since then and is achieving the kind of scale needed to turn the tide on plastic pollution.

To date, over 830 communities across the UK are signed up to Plastic Free Communities, with almost 30 million people live in a community working on the campaign. Over 4,500 businesses are enrolled and 230 councils have resolved to reduce plastic usage and support plastic free initiatives. In addition, almost 17,000 people are estimated to volunteer for the campaign in their local communities.

Plastic is being reduced at an estimated rate of 43 million items per year, two-thirds of which is directly attributable to this campaign.

The effectiveness of the campaign is based on mobilising the whole community, working across sectors – local government, independent businesses, community groups, schools and more – to address failing systems.

Being accredited ‘Plastic Free Community’ status as part of the program is a tangible goal that helps to build a consistent foundation across different communities. It is designed to be a rolling award that forms the basis of action each year and encourages ongoing participation.

There is good evidence the campaign is having a positive impact on community cohesion too. People involved have a greater sense of feeling like they belong in their neighbourhood, 80% said they felt more connected to nature and their local environment, and they are considerably more likely to spend time outdoors than the population in general. 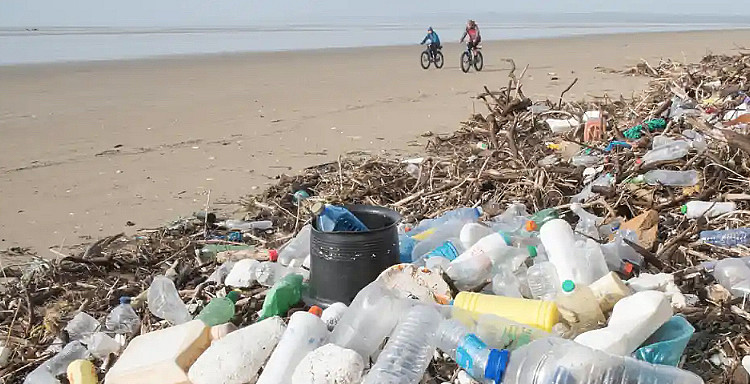 Canterbury BID is a not-for-profit, business-led, and business-funded partnership that supports over 600 businesses across the city centre, supporting net-zero targets, growing sustainability knowledge, and building a climate action strategy.

Cambridge Marketing College is a training provider in marketing and PR, influencing opinions on climate change and the environment and helping people to think more sustainably.