Pavegen is working with Central Bedfordshire Council to install kinetic floor tiles as an alternative way to enhance public messaging and educate commuters.

Our CEO, Laurence Kemball-Cook set out with a clear mission: to produce clean, off-grid electricity all through the power of a simple footstep. Invented as an original, revolutionary technology, hundreds of prototypes were created and eventually, in 2009 a kinetic floor tile that could generate clean electricity was born.

Inspired by the desire to aid climate change whilst still at Loughborough University, our founder, Laurence, won a placement with a major European energy company with the challenge of looking at renewable energy sources for street lighting. Around this time, Laurence was regularly using Victoria train station, which has around 75 million visitors rushing through it each year. He realised that there might be potential to harness some of that human kinetic energy and convert it into off-grid electricity.

From there, he developed the first Pavegen prototype in his Brixton bedroom, a rectangular device that contained a single generator. But, as an unproven technology, he had no where to validate his invention. Laurence made a risky decision to install a Pavegen tile on a building site, without permission. He took some photos, posted them online, and then used social media to push his revolutionary technology looking for investment. It worked.

After the initial idea came to fruition, 750 prototypes were developed and in turn, produced the original rectangular Pavegen tile. Although this tile worked and generated renewable energy, it required further development and engineered tweaking to ensure it was efficient and performed to its full potential. This is when the V3 triangular tile was developed. The triangular shape of the tile is designed to take significant point and distributed loading, meaning they can capture every bit of energy from a footstep rather than just the initial impact.

Funded by the Department of Transport, the £22.9m ADEPT Smart Places Live Labs Programme challenged the transport industry in the UK to find more innovative ways to engage local commuters while showcasing a commitment to sustainability. Giles Perkins, Live Labs Programmes Director said, ‘The untapped footfall energy at our transport hubs represents a real opportunity to provide sustainable energy sources to power bespoke applications, while engaging audiences and encouraging behavioural change.' Central Bedfordshire Council rose to the challenge and we are now working with them to install kinetic floor tiles at Leighton Buzzard train station.

Over the past 12 years, we have learnt that although our energy output may be small, and we might not be able to power the world, we can create something powerful enough to change the world in different ways. Pavegen generates more than electricity, it generates excitement. We use that excitement to captivate imaginations and inspire people to think and act differently when it comes to sustainability.

We look to work with organisations, brands and other partners who share our values and ambition. Together, we can recognise the potential of kinetic technology to both power cities and captivate audiences. Our interactive digital platform allows our partners to communicate with Pavegen users and gain insight into their behaviours, beliefs and values.

Our Founder and CEO Laurence Kemball-Cook could have gotten into trouble for installing Pavegen on a building site without permission. Although, some risks reap rewards and you’ve got to be willing to take them!

The feature at Leighton Buzzard train station demonstrates the data on the monitor, showcasing the energy output and what it can be used for. It also allows participants to use that energy via the USB charging ports provided. Due to the success of the instalment, Pavegen are now working alongside Central Bedfordshire Council to create alternate ways of enhancing public messaging and educating commuters.
Read more
Share this initiative 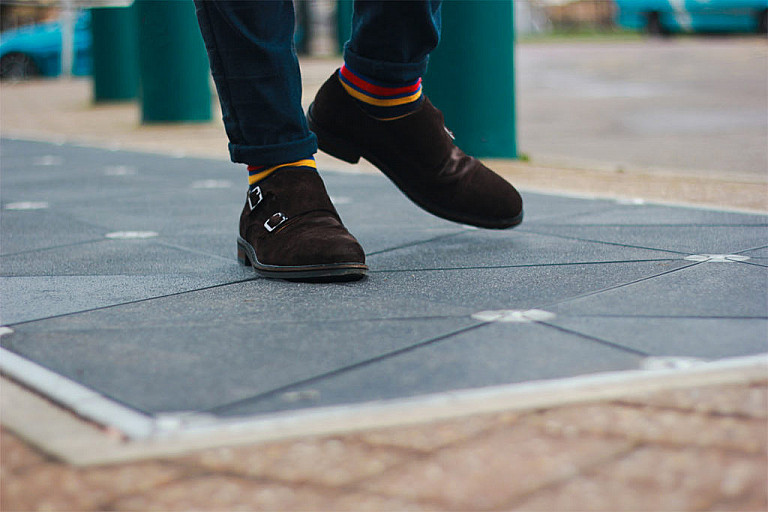 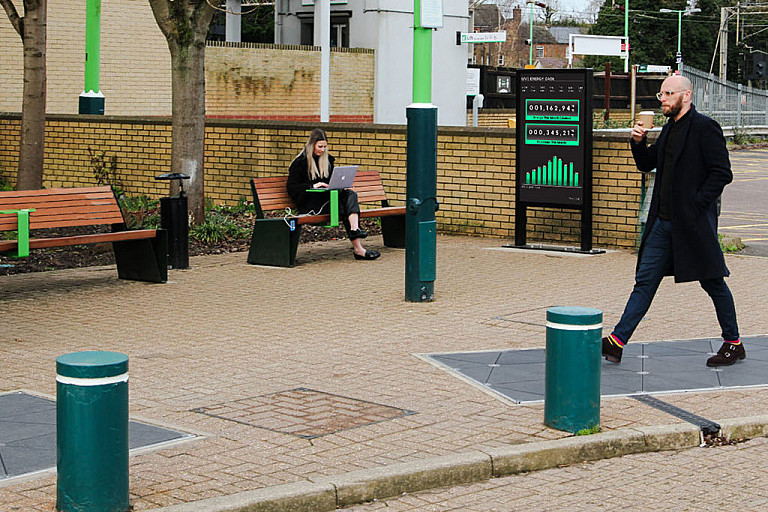 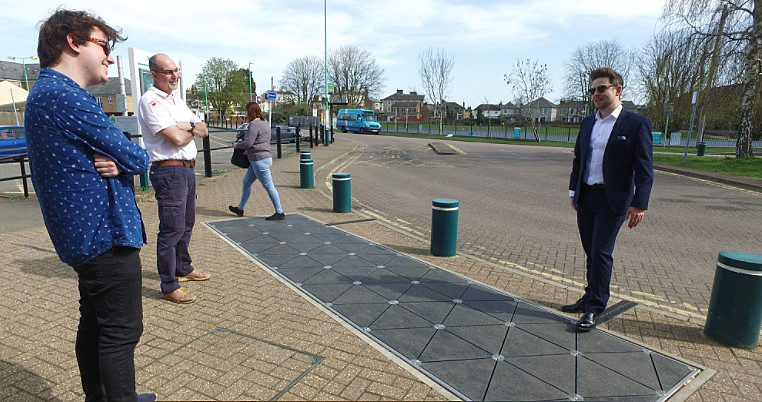