The Glas-na-Bradan Woodland Creation Project is aiming to engage the local community in planting and maintaining woodland in Northern Ireland.

by The Woodland Trust

The Woodland Trust is transforming a 98 hectare site in the Belfast Hills into a new native woodland, with help from the community in Northern Ireland.

The site which was bought thanks to funding from Biffa Award, NIEA and private donations has been named via public vote as Glas-na-Bradan Wood. It will be transformed into a new native woodland and in a first for the Woodland Trust in Northern Ireland, it will be planted entirely by the public.

Northern Ireland is the one of the least wooded regions in Europe at just under 9% of which 4% are native trees and 0.04% is ancient woodland. Trees mitigate against climate change by capturing carbon, and the right tree in the right place can also deliver wider benefits such as reducing flood risks, improving air quality and providing spaces for people to enjoy. Native trees like those being planted at Glas-na-Bradan Wood also support nature as they provide a home for a wide variety of plants and wildlife.

The Woodland Trust has reached out to schools, youth groups, scouts, community groups and members of the public to help with planting 150,000 locally sourced and grown trees at the site. The planting, which begins in November 2021, will run as a five-year programme involving the community and partners who neighbour the site.

The first trees will be planted by local communities, the public and Halifax, who, as part of their 10-year partnership with the Woodland Trust, are supporting the creation of 10 new woodlands across the UK through funding and colleague volunteering.

Local communities have played a key role in shaping the plans for this new woodland with a public vote held to name the site in which 840 votes were cast and Glas-na-Bradan Wood coming out as the clear winner. Community engagement for this project doesn’t stop there, all 150,000 trees on this site will be planted by the public over a five year period. This will give people an opportunity to transform this land by conserving and restoring it to a beautiful habitat for people, climate and nature.

Just 10% of Northern Ireland’s population have access to a wood larger than two hectares within 500m of their home. This represents the lowest provision of woodland access across the UK. The Woodland Trust is committed to providing accessible native woodlands close to where people live so that they can avail of the wide range of health and wellbeing benefits this brings. The 98 hectare site borders Cave Hill Country Park, which attracts over 270,000 visitors every year from Belfast and the surrounding areas and will link existing pathways through Divis and the Belfast Hills. In order to achieve this and to ensure that the site can be accessed by those living in the surrounding areas ,engagement with both Belfast City Council and Antrim and Newtownabbey Borough Council has been vital.

All the trees used by the Woodland Trust are sourced and grown in the UK and Ireland from certified nurseries where the trees are fully traceable from seed collection through to planting. With tree planting playing a key role in addressing the climate and nature emergencies, the demand for trees is growing. However trees sourced from oversees can inadvertently introduce new pests and diseases that can have a devastating impact on our native trees and woods. We would strongly advise that those wishing to carry out similar initiatives only use trees that have been sourced and grown locally as this is the most effective way to mitigate against pests and diseases, whilst also supporting local green jobs. 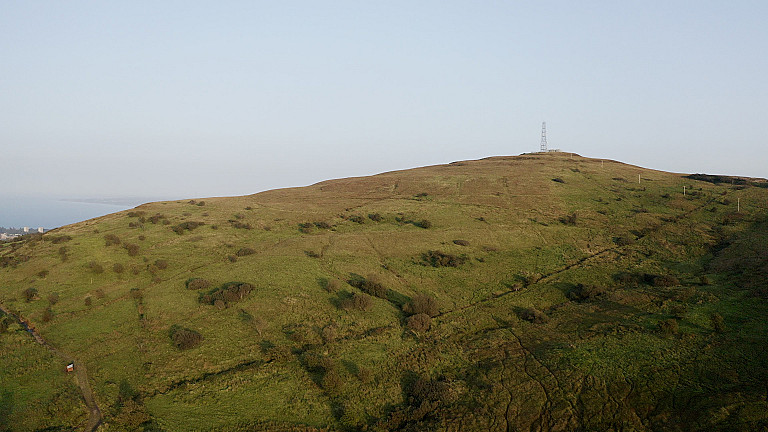 Overhead view of new site to be transformed into Glas-na-Bradan Wood. 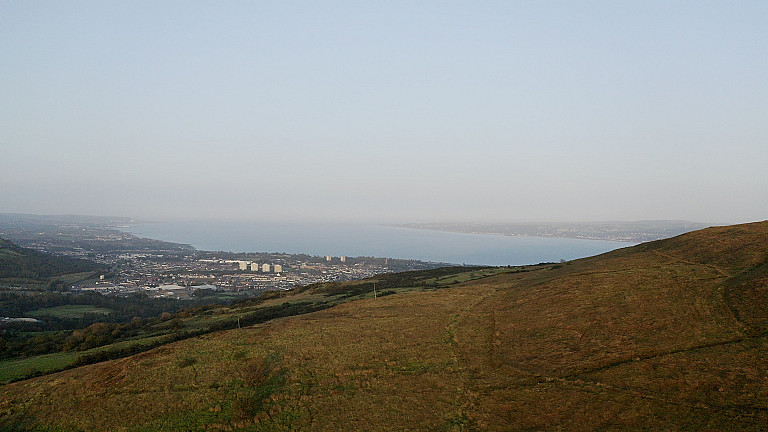