A community-led organisation conserving and restoring the seas around Arran and the Clyde.

Two local divers set up the Community of Arran Seabed Trust (COAST) in 1995. They had noticed a rapid decline in marine habitats and wanted to help try and reverse it.

In 1984 the ban on bottom trawling within 3 miles of land was removed, which led to the decimation of marine habitats in Scotland’s inshore waters, and this had a clear impact on Arran's community. By 1994 the catch had fallen by 96% and plentiful stocks of herring, cod, haddock and turbot had all but vanished from the Clyde.

As fisheries collapsed the commercial industry was exploiting the scallops and prawns that remained, and dredging for scallops damaged the coral and kelp forests which provide a vital refuge and nursery for fish and shellfish.

The founders of COAST noticed the destruction and used their knowledge of Marine Protected Areas (MPAs) abroad to champion sustainable management of marine resources. They launched a grassroots campaign for Scotland's first “No Take Zone” in Lamlash Bay, an area they identified as important habitat for breeding sea life. This took thirteen years of perseverance, and included a campaign to get the Scottish Government to recognise the public’s right to fish and legally manage Scotland’s seas for the benefit of all.

COAST evolved into a registered charity after pioneering the No Take Zone campaign, and continued with their grassroots action to ensure the local community had a voice in the battle to protect their coastal waters - a debate dominated by the commercial fishing industry. Citizen Scientist scuba divers and independent professors from University institutes were enlisted to help monitor progress in the No Take Zone, and the results were incredible. Sea life was returning in just a few years.

This small community-led organisation has overcome salmon farming, illegal fishing, electrofishing, pollution, dominating fishing industries and ineffective management by various Governments to reach this point. It has taken years to get here, but the journey has been well worth it. Arran’s sea life has begun to recover, and COAST’s work has been shared far and wide, inspiring numerous coastal communities across Scotland to stand up for their seas.

COAST has grown from two dive buddies surfacing in dismay to a committed team of staff, trustees, community members, volunteers and supporters. It is due to the community support that the charity has grown so much, and they now have a Discovery Centre with educational exhibitions. COAST campaign against mechanical kelp dredging, marine litter and climate change while contributing to the construction of sustainable methods and policies. We conduct research to ensure what we are campaigning for works, and to provide the evidence to support sustainable management of our seas.

There are now over 30 MPAs in Scotland, and COAST is helping to develop similar proposals and sustainable marine management policies across Scotland's coastal communities.

We can take on the giants, no matter how small we seem. COAST started with two people, and we impacted the entirety of Scotland's marine management practices.
You might be the first person to notice the issue; don't let yourself give up. Our founders noticed the decline in local marine wildlife. They could've waited for someone else to notice, but it's incredible the difference it makes when we speak up and join hands against destructive industries. We can make things better for everyone.
Having a local impact seems small, but every part of what you do counts towards a global effort. You don't have to grow to be internationally recognised, either. Raising awareness in your community brings out the voices of others who care, and are willing to take action with you, or even in their own way. It's a knock-on effect so even the smallest actions become hugely important.
Working in collaboration with others brings about the most effective change: together we are more than the sum of our parts. COAST have collaborated on local, regional and national levels with various groups and organisations and we value these relationships immensely.

Improvements in biodiversity and ecosystem health, and supporting research to measure and track this. A 2017 report on the blue carbon contribution of Scotland’s inshore MPA’s ranked the South Arran MPA as providing the 5th highest contribution in terms of carbon capture and storage by area, with an estimated stock of total carbon of 8,046 tonnes per km2.
Read more
Share this initiative 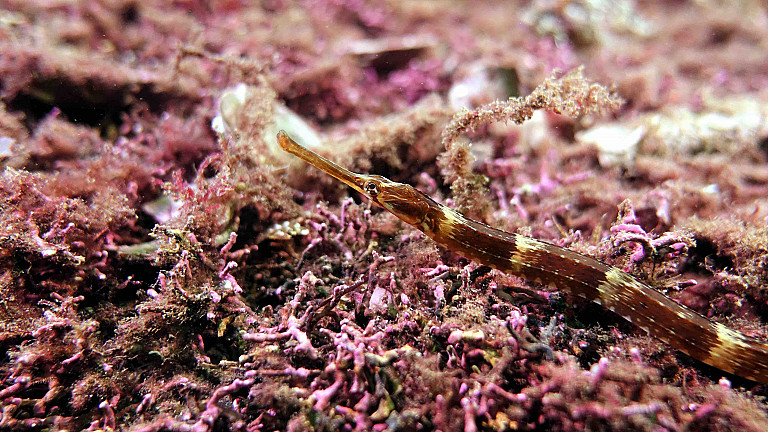 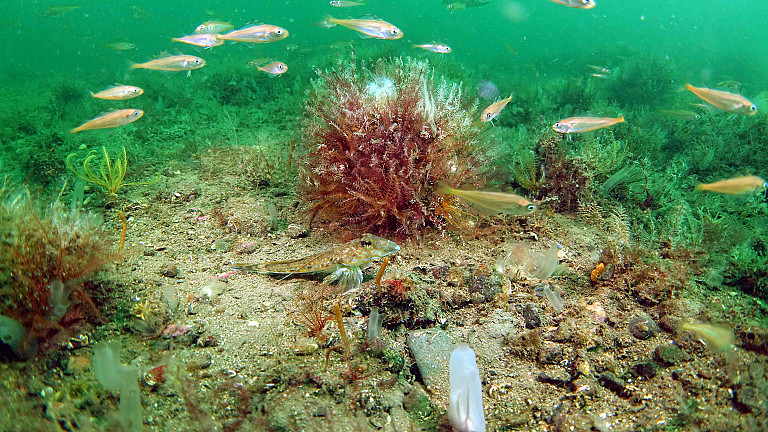