Wrexham Green Infrastructure Project is working in urban areas of Wrexham to improve biodiversity and habitat connectivity, and inspire local communities to access nature on their doorstep for improved health and wellbeing. 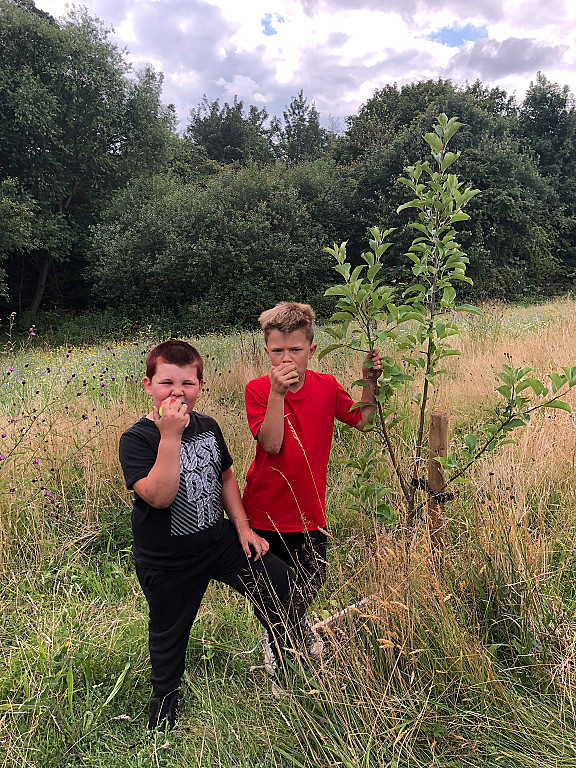 Children have enjoyed picking apples from the fruit orchards 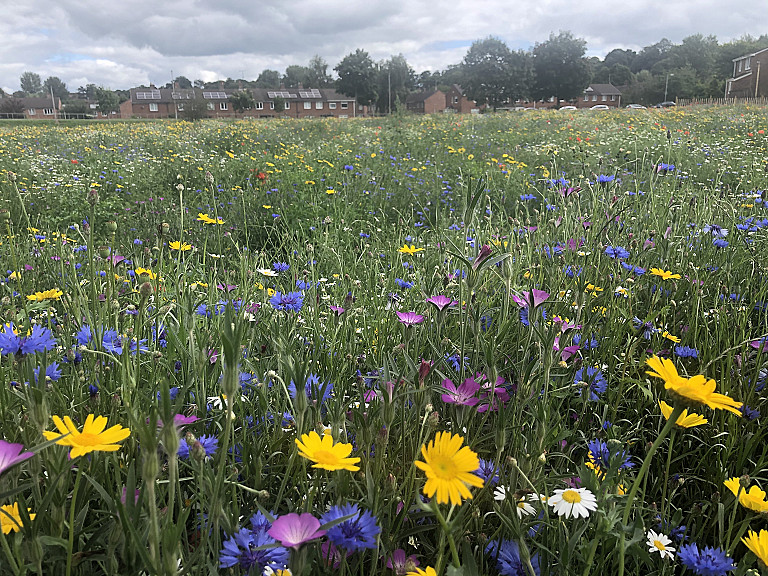 Members of the community learning how to traditionally manage the meadows.


The project is led by Wrexham County Borough Council, working in partnership with North Wales Wildlife Trust and Keep Wales Tidy, as well as the local community. This collaborative approach works to improve urban green space for biodiversity whilst working with the communities in Caia Park and Plas Madoc to change their views on their local environment and encourage them to be involved in its care. These two areas were chosen because they are densely populated with a wide social demographic as well as having a vast selection of urban green space that can be transformed.

The project aims to: improve green infrastructure within two of the most densely populated areas in Wrexham for biodiversity; develop volunteer networks to engage communities in caring for the environmental quality of their green space and supporting an improved reverence for the land and connection to environmental issues; tree planting reduces the noise and air pollution effects of heavy traffic along a key arterial transport route into Wrexham.

The project has concentrated on two very large urban populations of Caia Park (13,000 residents) and Plas Madoc (2000 residents), benefiting both nature and people. By making a series of environmental improvements for biodiversity in urban settings, an open dialogue with local residents has been established to build connections between people and local wildlife and the land. This intergenerational community project has seen us work with children as young as 2-100 years old. We believe people of every age, ability and background have a voice, and when it comes to caring for nature we encourage everyone to make that connection.

We have seen multiple benefits for wildlife and people; increased species populations, particularly bees and butterflies, improved habitat connectivity, increased respect and a sense of ownership of the environment, health and social improvements, community cohesion and resilience of local ecosystems. Communities in the project areas have learnt new skills and are taking on new challenges to care for and manage the areas of green space that have been improved. Furthermore, Council services are broadening their management services, receiving training through North Wales Wildlife Trust in management techniques that support biodiversity and carbon sequestration.

The project's success has been a result of the fantastic partnerships we have created in the area including in Caia Park; Caia Park Partnership, Caia Park Health Team, Gwenfro Valley Adventure Playground, The Venture Caia Park and in Plas Madoc; We are Plas Madoc Community Group, The Land, Little Sunflowers Playgroup. The local community councillors have also been key in gaining support for the project.

Find people that can show you around the area and give you the history of the area.

Think about the long term management of physical improvements from the offset. Ask who is going to maintain meadows and what equipment/training do they need. How much capacity do they have to do the work?

Be thinking now about your exit strategy and the long-term sustainability of the project. Which members of the community/ organisations would be interested in supporting the project aims in the long term? What support do they need from the offset to train in management and provide relevant equipment.

Partnerships with existing organisations have been the best way to engage with communities. Residents trust existing organisations, they already have an established relationship, making the transition into engagement with your project so much smoother. Engage with all abilities and age groups within the community; every individual has a voice and something to contribute.

Ensure you communicate realistic expectations within the project with communities involved.

When working with landowners, ensure all landowners have plenty of time to agree to plans that are agreeable to all involved.

Choose areas for improvement that have the highest chance of success. We learned certain aspects of the land such as slope, shade, soil fertility impacted on the meadow success. Less successful meadows will require more management, so it all depends on the investment to manage this over approx five years until the dominant species have been sufficiently suppressed.

Involve landowners from the offset and agree who will oversee the long term management of improvements at the beginning to allow the project to flow.

Think about what the community wants next, is there a way to ensure fluidity between your project ending and whoever takes it forward.

How much land has been transformed through the project.
How many bags of litter collected.
How many flytipping reports sent into Wrexham.
How many people engage with the project and how often they engage.
Read more
Share this initiative
Inspired? Find out more