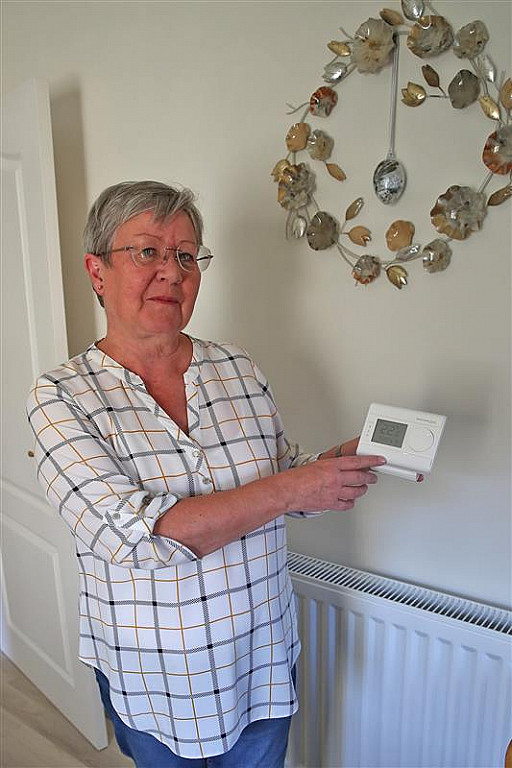 Mrs Beevers Enjoying a lovely warm home, thanks to the Warm Homes Fund! 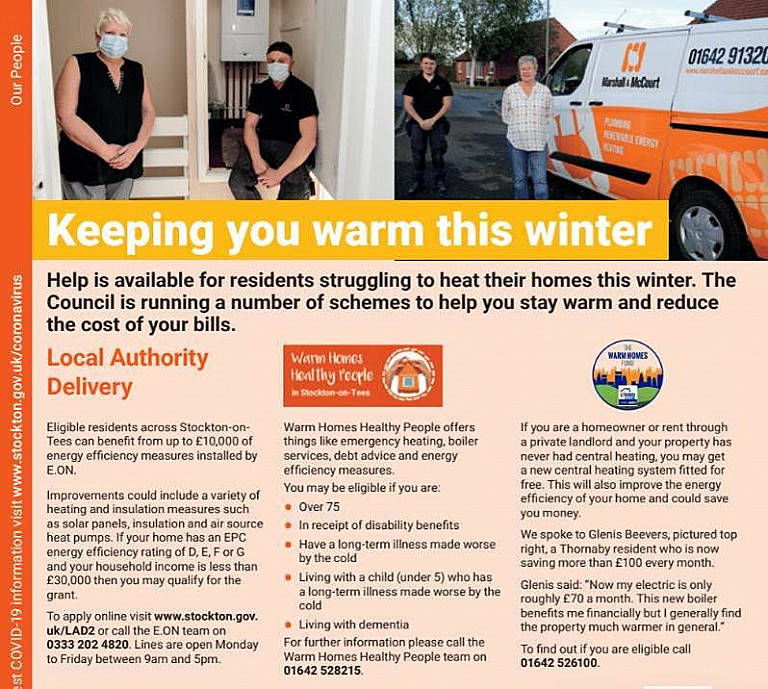 Keeping you warm this winter.

Mrs Beevers from Thornaby recently had her new boiler installed and is over the moon with the result.

She said: “A leaflet came through the door, I didn’t think it would apply to me but then a neighbour told me about it. At first I thought it was for people in receipt of benefits, but once I read the leaflet I thought I’d give it a try.

“I only had electric night storage heaters previously and as a single occupant was paying £238 a month just for electric! Now my electric is only roughly £70 a month.

“The whole process was simple surprisingly, I phoned up and enquired and the staff were very helpful from the offset. The only thing was that there was a bit of a delay with Covid, which is expected but no fault to the install company.”

Glenis told us: “The install process itself was perfect! The workmen were so professional, Lee who done the survey was great from start to finish. They put coverings down on the carpet and were very respectful. It was raining the day they came and they even brought extra coverings as back-up.

There was no mess, just a little bit of dust which is totally justifiable. The lads at Marshall & McCourt were brilliant! Every little bit of rubbish was taken away. I can’t fault them.”

We also asked how she is enjoying her new boiler, to which she replied: “It’s fantastic! My friend stays on a weekend and he loves it, it’s so warm and now It’s instant hot water and plenty available, whereas before I had to put the emergency tank on.

This new boiler benefits me financially but I generally find the property much warmer in general. Previously, the second bedroom which had an electric radiator was always very cold but now it is much warmer all round.”

We have worked very closely with the Middlesbrough environmental team and a local contractor; Marshall and McCourt.

The relationship between the contractor and our team has been critical to success. We quickly created open channels of communication with an emphasis on honesty, even if it is bad news. We set clear deadlines and milestones for our partnering authorities and hold regular meetings to discuss progress, as well as iron out any issues or problems that may have arisen.

We spent a lot of time on developing a contact centre and a simple, clear entry route for potential customers. our marketing data was formed using readily available EPC data as well as knowledge from local charities and social housing providers.

One challenge our team faced was the lack of trust from residents. They had been promised energy saving measures before and for various reasons had not been provided. This resulted in a number of trust issues between resident and LA, meaning we had to reassure the residents a lot more than we first envisaged.

Uptake of participation in the fund.
Read more
Share this initiative
Inspired? Find out more