The True Cost screening at the Belfast Barge was part of the Linen Quarter BID's Re[ACT] Festival. 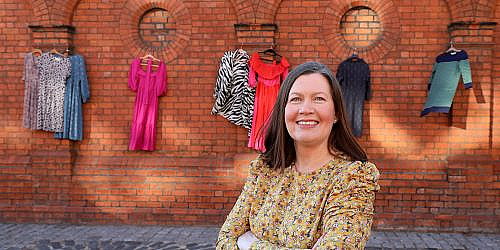 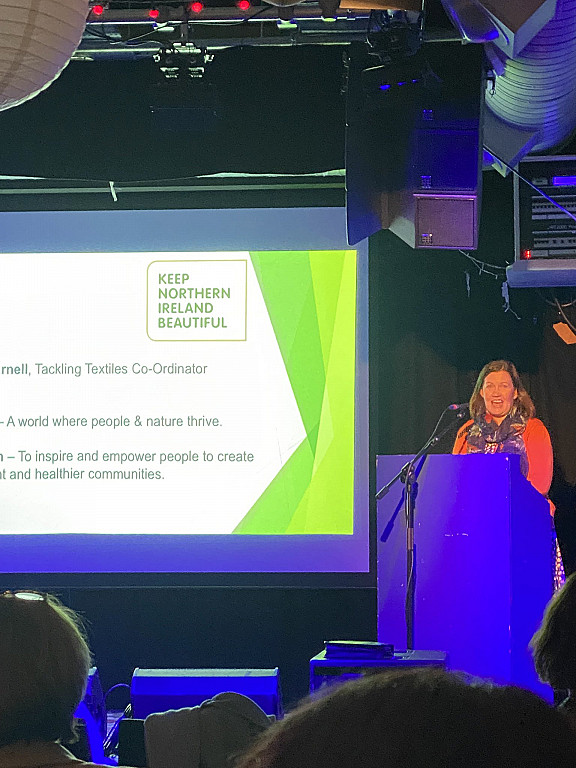 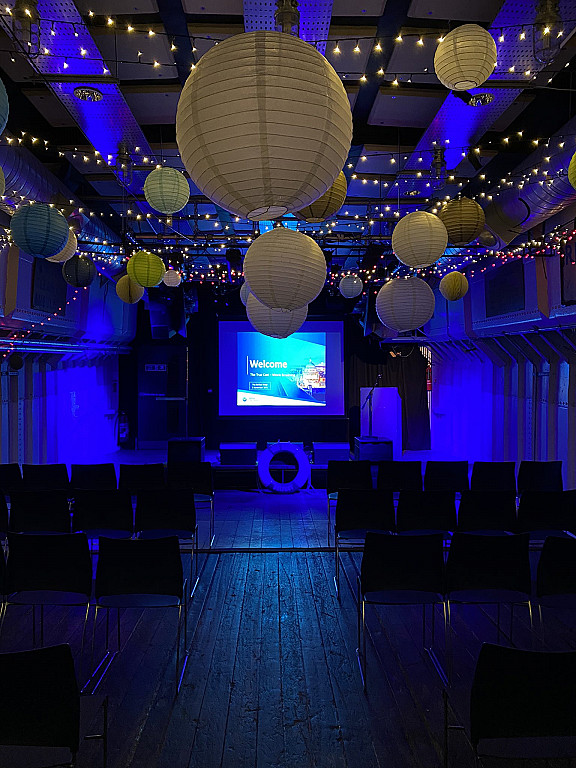 As part of the Re[ACT] Festival organised by Linen Quarter BID in Belfast we hosted this screening of The True Cost film with speakers afterwards. My colleagues and I in the Recycling Outreach Team recognised that there is a need for raising awareness of the global environmental problems associated with the fashion and textiles industry and thought that it would fit the Circular Economy theme of the Festival. Textile waste is a problem everywhere, including our own city of Belfast, and we wanted to show people the extent of the problem.

We had a Belfast City Councillor open the event and welcome the attendees. We collaborated with Siobhan Purnell from Keep Northern Ireland Beautiful (KNIB) and invited her to speak after the film ended to give a local, city and regional perspective. Siobhan introduced Siofra Caherty who runs the successful local fashion accessory brand, Jump the Hedges to show how a fashion business can adopt a circular economy model. We also worked closely with the Council's Communications Team who helped promote the event and the Re[ACT] Festival's organisers, Member Services who helped us book Councillors to open and close the event, and PR company to maximise the promotion of the messages we were trying to convey. We also worked closely with the venue who also helped to publicise the event.

The True Cost movie is an impactful look at the environmental and social injustices caused by the global fashion and textiles industry. My colleagues and I were familiar with the film from a previous event. Fashion and textiles is a sector that is quite often ignored when it comes to environmental damage but awareness is increasing. We wanted to bring this issue to people's attention here in Belfast and to supplement the movie with 2 speakers who would bring a local perspective and a hopeful outlook. Siobhan Purnell from Keep Northern Ireland Beautiful (KNIB) gave the local angle of textile waste and attitudes to reusing and recycling clothes. Siofra Caherty spoke about her own sustainable fashion label, Jump The Hedges, based in Belfast and how she incorporates the circular economy model at every stage of her accessories business.

The event was successful in that the people who came enjoyed it and took away with them an important message of reducing textile waste. The evaluations showed that they enjoyed the film, and both speakers afterwards. Given the pandemic that is still very much present we are pleased with the number of people that came to the event.

Publicity in the lead up to the event by the Linen Quarter BID, the Re[ACT] Festival PR company, Belfast City Council social media team, and individual, helped to drive people to the website to book their tickets.