Riding Sunbeams is on a mission to provide Britain’s rail networks with a direct supply of community-owned renewable energy. Its latest project, the Selmeston solar rail connection, is the next phase.

Riding Sunbeams was founded by climate charity Possible and Lewes-based Community Energy South, with a mission to provide Britain’s rail networks with a direct supply of community-owned renewable energy. Direct supply of solar power to rail traction systems has never been done in the UK before. But it has huge potential for metros, trams and railways around the world.

After extensive feasibility work and research, Riding Sunbeams, working with Network Rail, successfully connected the first pilot solar traction array to the railway at Aldershot station in 2019 through its First Light project. The Selmeston Solar Rail Connection project is the next phase and will be the first Megawatt-scale solar farm to supply energy exclusively to power the railway lines.

The solar farm site, developed by Cuckmere Community Solar, is in Berwick, next to an existing commercial solar farm which has been operational since 2015. It lies north of the Eastbourne – London mainline railway, which will be powered by the energy it generates, thanks to a ‘private-wire’ direct connection.

The solar farm development was granted planning consent in 2017, but like many community energy projects across the UK it has been struggling to find a viable business model, given that solar energy has not been economic without subsidy. The connection to the railway therefore provides an important route to market for the project, ensuring its future viability and a replicable business model that subsequent community energy groups can benefit from.

Network Rail is the single biggest user of electricity in the UK and is committed to reducing its greenhouse gas emissions and achieving net zero by 2050. The solar farm will enable it to procure green electricity at scale and at a competitive price, helping future-proof rail travel against energy price inflation and volatility. The solar farm will have an installed capacity of 4MW. Construction is expected to be completed in Spring 2022.

Riding Sunbeams, working with Cuckmere Community Solar, will offer shares in the solar farm to communities and commuters. Commuters between Eastbourne and Lewes will be travelling in trains directly powered with locally generated solar energy and will have an ownership share too!

Selmeston will also help to tackle the ecological emergency with biodiversity enhancements, such as sowing native wildflowers and grasses under and around the panels, reinstating an ancient field boundary with a new mixed hedgerow, adding bird and boxes, etc. Beekeepers will be invited to keep hives at the site and the team will ensure that the land stays in agricultural use and contributes to food production.

Also involved are The South East Local Enterprise Partnership (SELEP) which awarded Riding Sunbeams a £2.5m grant from the government’s new Getting Building Fund for construction, Thrive Renewables and Friends Provident Foundation who are co-investors in Riding Sunbeams.

Be persistent and never give up! It took our Founders 18 months of emails and phone calls just to identify the right person to secure a commitment from Network Rail to support the original feasibility study, conducted in 2017 with Imperial College’s Energy Futures Lab, which led to the foundation of Riding Sunbeams as a viable enterprise.
As well as Network Rail, we have engaged positively with our local councils and Members of Parliament; local community energy groups; secured grant funding and corporate investment; and employed professional experts and consultants to do the work that needed to be done.

Once we have successfully connected Selmeston, we believe we can deliver 10% of the power on the DC network in South East England alone - 200MW of renewables. We are in discussion with other rail operators across the UK including Transport for London, Transport for Wales, Mersey Travel and High Speed 1. Internationally, we are on a Mission to India discussing Riding Sunbeams with Indian Railways.
Read more
Share this initiative 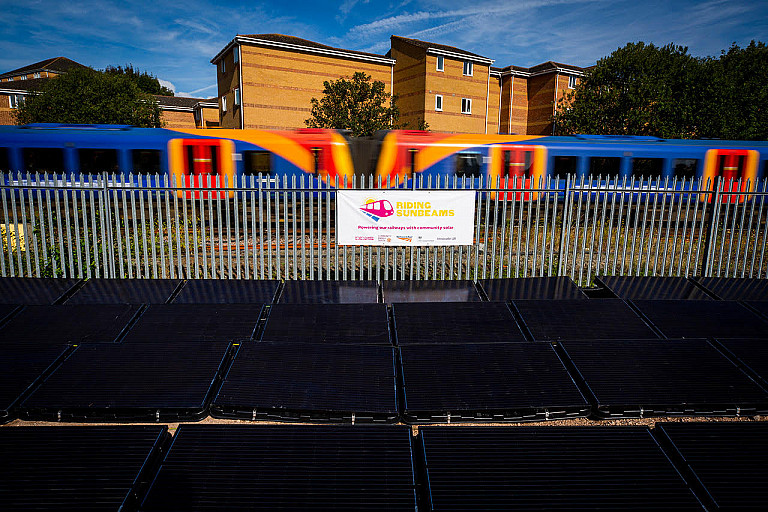 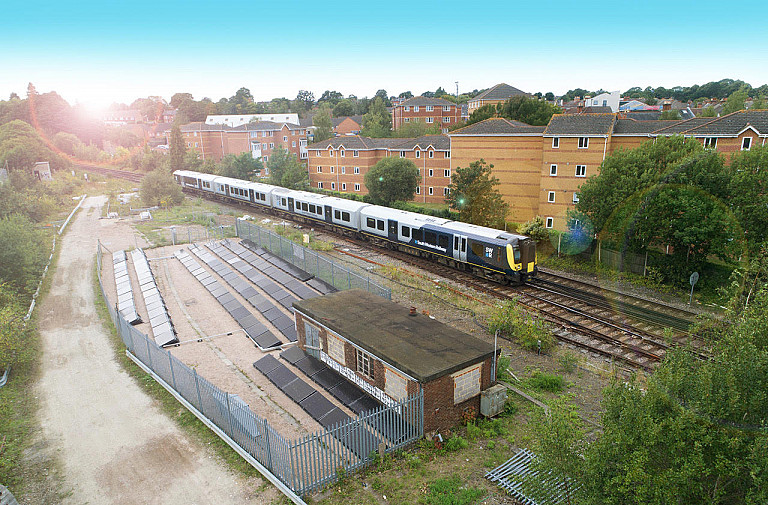 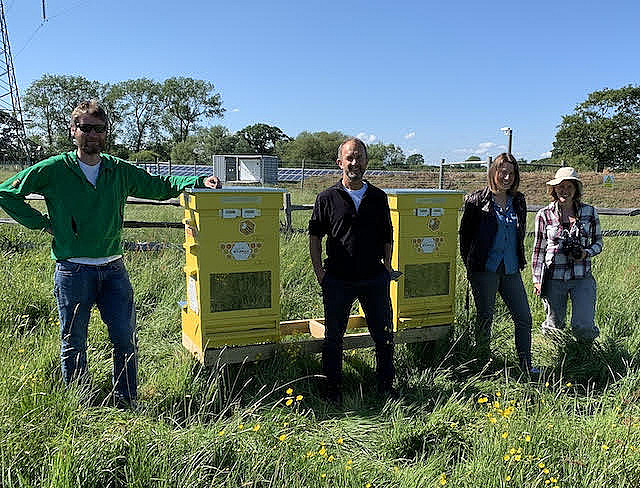 This whole system Smart Energy Plan developed for Greater Manchester provides a targeted focus for the GMCA and local partners through a defined roadmap and integrated projects that are boosting jobs, improving housing and lowering emissions.

Targeted Climate Adaptation For The Most Vulnerable

By using digital tools and resources such as the Place Standard Tool, ClimateView and Climate Just, Dundee City Council can identify where people are facing social deprivation and are most vulnerable to climate threats, for more targeted climate action.