In 2013, different ideas for community energy projects were being talked about in Transition Town Reading’s Energy Group. In early 2014, after discussing these ideas with the Greater Reading Environment Network, they came together, and The Reading Sustainability Centre (TRSC) was formed. TRSC developed the plans for a hydroelectric project on Caversham Weir and then Reading Hydro CBS took on the task of seeing the project to completion. This involved raising the funds to construct the hydropower plant, seeking the multitude of permissions required from Reading Borough Council and the Environment Agency, and engaging with local volunteers and specialist suppliers and contractors.

Hydro is a great way to generate electricity. There are plenty of community hydro schemes across the UK, including others on the River Thames. In addition to generating renewable electricity there is no emission of greenhouse gases or other pollutants whilst a hydropower plant is generating electricity. The greenhouse gases emitted during manufacture and installation of the project will be quickly offset by the carbon saved by its operation. When there is sufficient water flowing in the river to operate the turbines, electricity will be generated 24/7, unlike solar energy which is not generated at night.

The Reading Hydro hydropower plant comprises two Archimedes screw turbines connected via gearboxes to electrical generators. The plant is capable of generating about 320MWh of renewable electricity each year, for decades to come. This is enough to supply about 90 average homes. Construction started in the autumn of 2020, and the scheme was completed and commissioned in the summer of 2021. Electricity generation started in September 2021. The majority of electricity is supplied to Thames Lido on the opposite side of the River Thames. This required a cable to be laid underneath the riverbed. Reading Hydro worked with a specialist contractor who drilled a tunnel under the river and then about 60 volunteers dug trenches and pulled the cable between the Turbine House and Thames Lido.

The site is easy to access from the centre of Reading and the turbines operate in view of the public footpath on View Island. They can also be seen when crossing Caversham Weir from Reading. One of Reading Hydro’s objectives is to use the scheme as an educational tool for local schools, clubs and other groups. Site visits can be arranged at certain times of the year and educational materials are being developed for teachers. Reading Hydro is one of very few organisations that allows open access to all its live data - the total electricity generated and the current generation, and more, can be viewed on its website.

Protecting and encouraging wildlife was an important consideration when the scheme was being planned. Reading Hydro has created a new fish pass on View Island to allow fish and eels to avoid the weir and turbines on their journey upriver and has also installed bat and bird boxes

The support of the local community was critical to the successful completion of the project. Local people invested in the scheme and worked as volunteers to help prepare the site and build the Turbine House. Volunteers now operate the plant so it has been important to maintain engagement with the local community.

A local hydro scheme inspires people by making renewable energy a local, tangible option. Reading Hydro's turbines and the stunning murals on the walls of the Turbine House can been seen from a public footpath. They have become a local focal point and are a fantastic educational tool, demonstrating sustainability right on our doorstep. 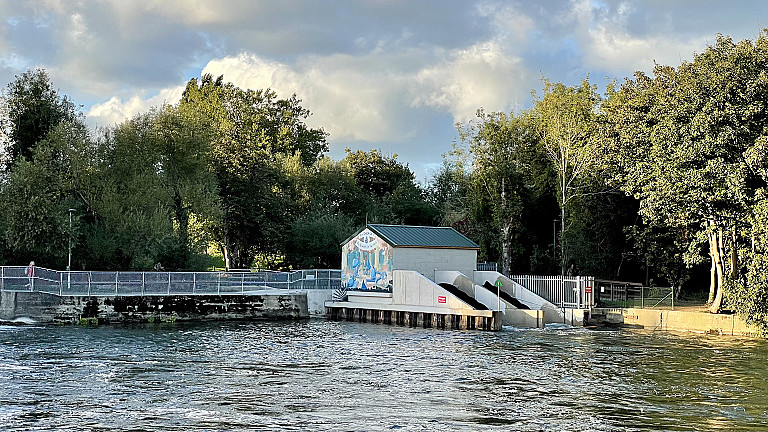 Twin Archimedes screw turbines next to Caversham Weir in Reading 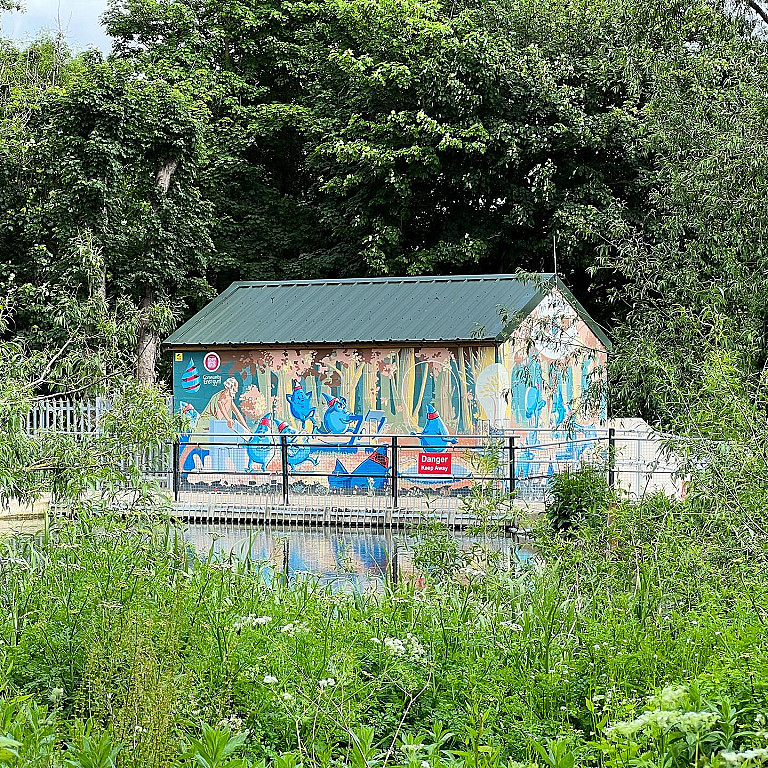 The fantastic mural on our Turbine House designed by Commando Jugendstil 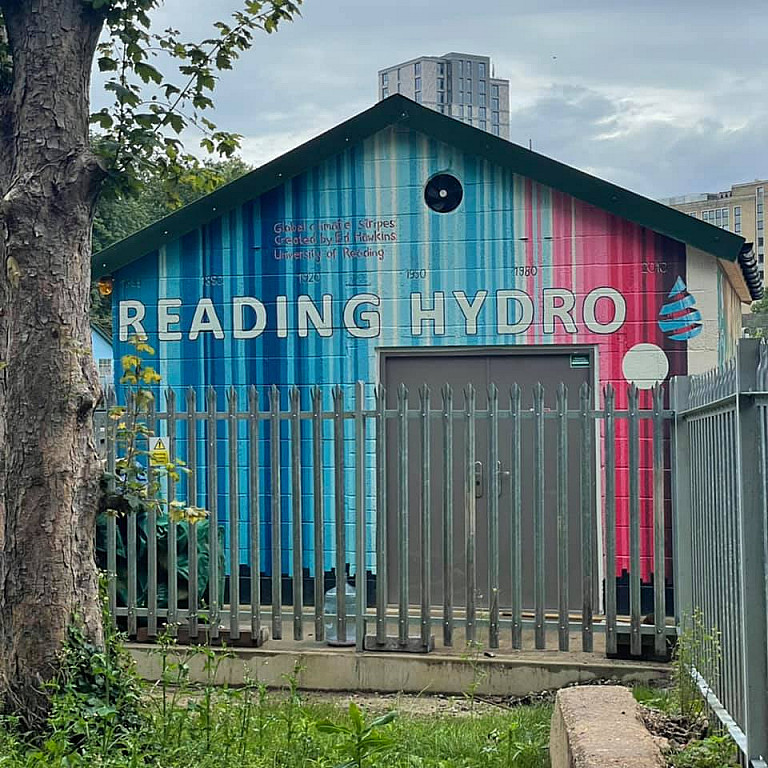