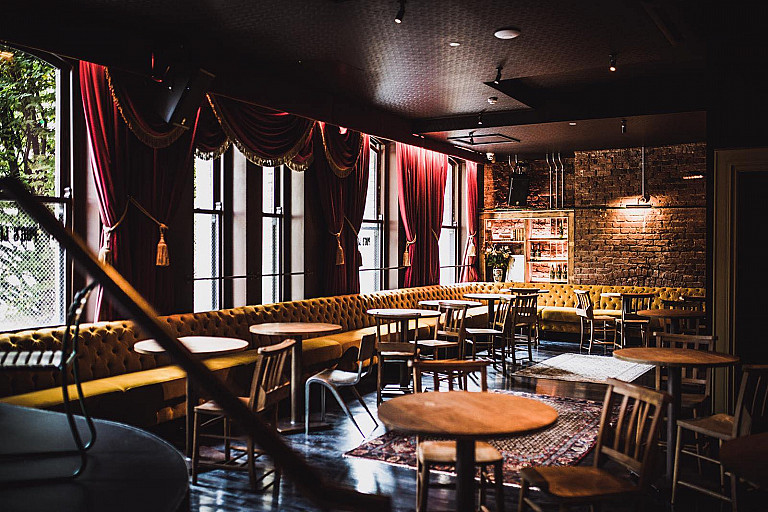 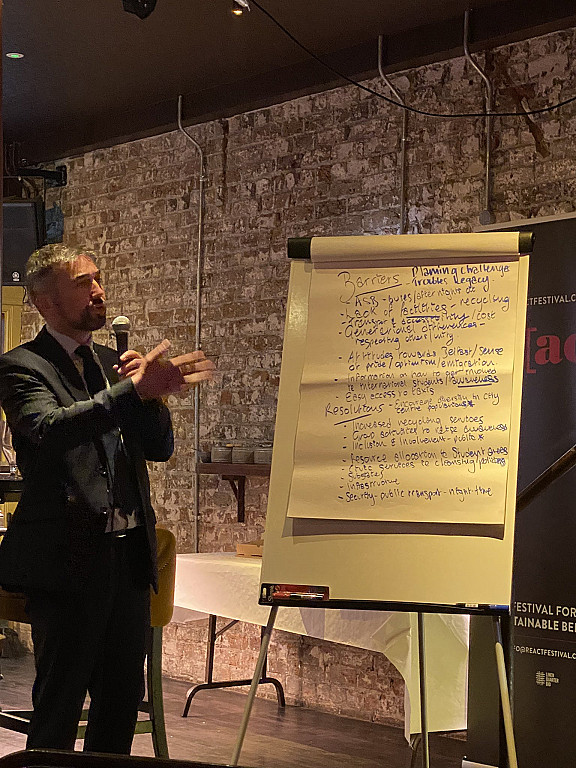 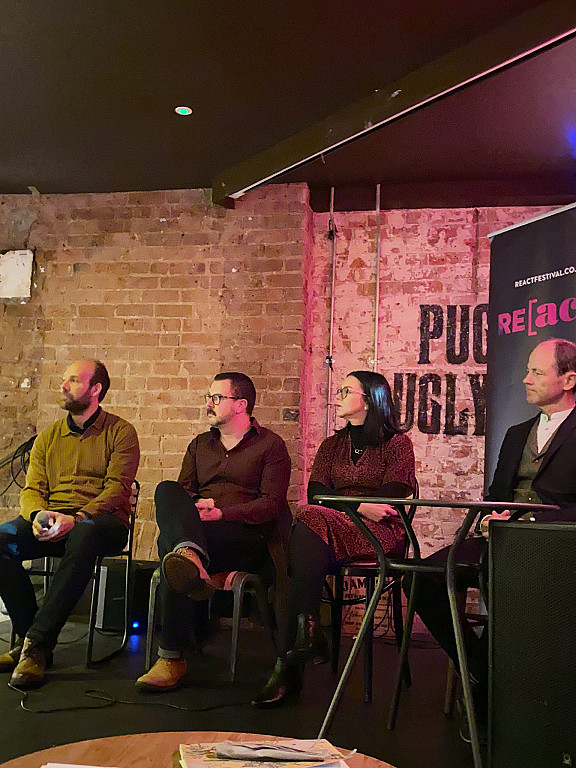 The Linen Quarter BID (LQ BID) is an independent not for profit company that focuses on delivering specific improvements based in Belfast city centre, Northern Ireland. The LQ BID was elected in 2018 and represents around 400 member organisations across various sectors, namely hospitality, professional services, and public sector.

In Sept 2021 LQ BID launched Northern Ireland's first sustainable district, with a series of ten initiatives that seeks to make the Linen Quarter the most sustainable business area in the region.

The RE[act] festival was the largest strategic COP26 event in Northern Ireland.

The public were invited to join an informal panel event - in a Belfast city centre pub - and hear guest speakers, blending the best of international and local experience of city transformation to discuss the sustainable regeneration of Belfast city centre.

New Belfast City initiatives such as the“Bolder Vision" were debated alongside the rollout of new parklets and public realm across the Linen Quarter.

Other topics included: How can we realistically achieve modal shift towards sustainable and active transport? How do we overcome higher development costs to deliver more sustainable buildings? With so many disparate stakeholders how do we achieve buy-in for sustainable regeneration in a fair and inclusive way?

The discussions was informal with a high level of audience participation. Complimentary pizza was served half way through and drinks were also available to purchase at the bar.

One of the most important lessons COP26 has taught us is that we need to connect, listen and work in partnership not only with our cities but those that live and work within them. At the core of any meaningful city transition towards sustainable change and behaviour is the citizen - and their voice and input matters. Is is particularly true for our cities' young people.

The RE[act] festival planning team were aware that space should be created to hear citizens' voices and ideas about how we should create a greener and safer city. The idea of an early evening conversation cafe in a city centre pub was proposed and agreed by the group.

We decided the best format - which would both engage and stimulate conversation - would be a short panel discussion followed with a table workshop (with white board) to capture ideas and discussion.

The discussions were informal with a high level of audience participation. Complimentary pizza was served half way through and drinks were also available to purchase at the bar. Many event attendees stayed on well after the formal event finished and discussed what they had learnt and what could be done next.

Do we think the format a cafe conversations worked - yes. Would we encourage other cities and regions to hold their own - yes. Not only was it a fun evening for the audience and panel alike - it also was a powerful citizen listening platform and a great way for positive messages about sustainability to be heard and shared.