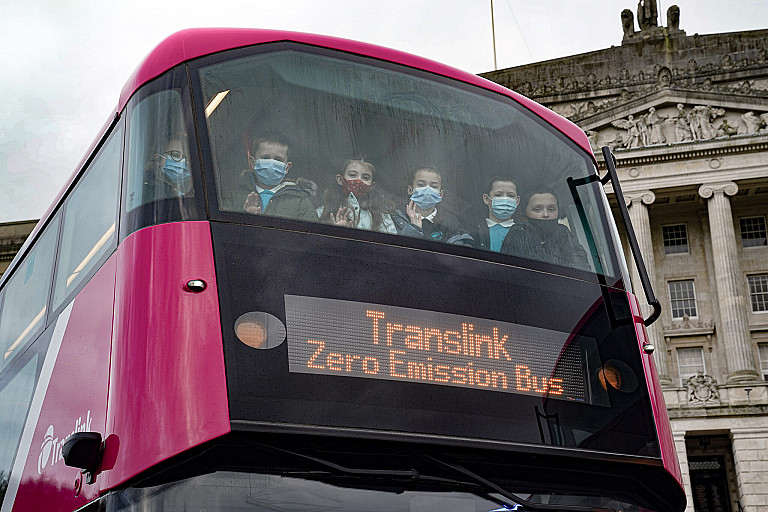 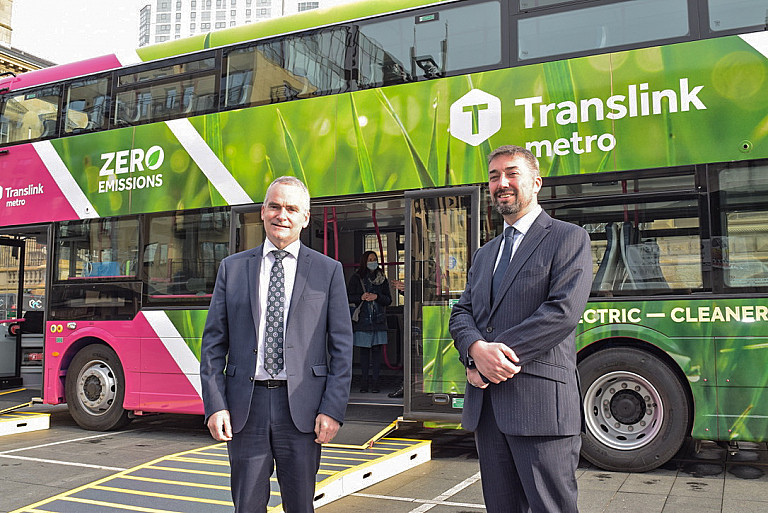 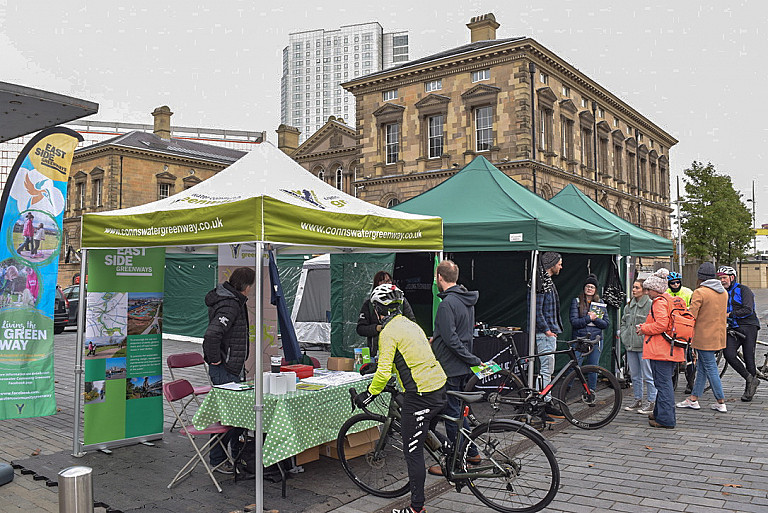 The Linen Quarter BID (LQ BID) is an independent not for profit company that focuses on delivering specific improvements based in Belfast city centre, Northern Ireland. The LQ BID was elected in 2018 and represents around 400 member organisations across various sectors, namely hospitality, professional services, and public sector.

In Sept 2021 LQ BID launched Northern Ireland's first sustainable district, with a series of ten initiatives that seeks to make the Linen Quarter the most sustainable business area in the region.

The RE[act] festival was the largest strategic COP26 event in Northern Ireland.

Event attendees got the opportunity to get on board Translink's first zero emission all-electric double-decker bus. Belfast citizen's learned about the steps being taken to revolutionise and decarbonise the cities public transport system to be climate positive by 2050.

There was an opportunity to walk around active travel stands, including Connswater Community Greenway, to learn more how you can switch to a more sustainable way of transport.
Attendees could bring their disused bike (parts) and donate them to the Turnaround Project for repurposing and reuse for people in need.

City cyclists got the opportunity upgraded their bikes - to face the dark months ahead! Bike mechanics from Big Loop Bikes on site to provide free bike repair services, while Police Service of Northern Ireland (PSNI) were present and provided bike marking for free, using the Bike Register scheme. This is was also a great opportunity to receive great tips and advice on how to maintain your bike and prevent it from being stolen.

Event attendees were offered free tech enabled cycle lights from see-sense, with bonus merchandise for those who are donating a bike!

Active city transport is one of the core pillars of the Linen Quarter BID sustainable programme and Belfast Cities future vision.

During RE[act]'s COP26 transport day a range of activities were designed with partners. It was important for the planning team to make the event both practical and accessible to as many citizens as possible and we those to host in a well-known open city space.

Centre piece of the event was the public launch of Translink's first zero emission all-electric double-decker bus – a first for Belfast City and Northern Ireland! There was an opportunity to walk around active travel stands to learn more how you can switch to a more sustainable way of transport.

Bike mechanics where on site to provide free bike repair services, while Police Service of Northern Ireland (PSNI) were present and provided bike marking for free.

Our advice for other cities – open up our public squares - illustrate the real and practical benefits arriving from public active travel.