Garron Plateau Bog is a 4650-hectare blanket bog peatland, located in County Antrim in Northern Ireland. Rich in habitat diversity, the bog includes freshwater and wetland ecosystems like mires, lakes and ponds, as well as shrub land ecosystems like heath. In addition, a variety of flora and fauna species inhabit the peatland, including priority species such as hen harriers. Given all these features, the bog is considered a Special Area of Conservation and an Area of Special Scientific Interest. Moreover, the bog is also important because it supplies the drinking water for close to 12,000 houses and businesses nearby.

During the mid-late 20th century, the bog experienced significant degradation as a result of overexploitation. Overgrazing and trampling by sheep damaged the land, together with soil erosion and water loss due to drainage. These environmental issues led to the emission of carbon (rather than its storage), to poorer natural water quality (which is harder to process into drinking water) and to flora biodiversity loss (including some priority species). The degradation of the peatland also posed significant threats to animals inhabiting it, as well as to nearby residents reliant on its water.

Seeking to reverse this trend, Northern Ireland Water initiated a long-term restoration endeavour in 2013. Partnering with the NI branches of RSBP and the Environment Agency, the government-owned company implemented sequential projects over the years. Between 2013-2014, a management plan was developed for the Garron Catchment, subsequently implemented during the first 5-6 year phase of the restoration project. The work underpinning this plan included shifting away from intensive grazing and blocking drainage processes by building nature-based dams made up of peat, timber and stone.

More recently, in 2018-2019, through funding from the European Union and the governments of both Northern Ireland and the Republic of Ireland, the 'Cooperation across Borders for Biodiversity' (CABB) project came to be as the second phase of this restoration endeavour. This new initiative included further drainage blocking water covering 493 hectares of peatland.

Overall, the bog restoration project is helping to conserve and restore the area, including its biodiversity, wildlife habitats, water quality and soil health. In addition, it is estimated that the recent CABB work will help to prevent 1992 tonnes of carbon emissions annually. The significance of these efforts has been enshrined in a Conservation Action Plan that ensures that the bog is protected sustainably and managed over the years to come.

Useful learnings from our research

Leading a UK project, Lancashire Wildlife Trust are working with partners to 'farm carbon' and restore the carbon storage capacity of peatlands. 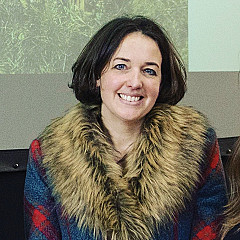 For the community, by the community, Belville Community Garden is the local spot in Greenock for food growing, organising events and bringing people together.

A community-led organisation conserving and restoring the seas around Arran and the Clyde.

Connecting the best remaining wildflower-rich habitats across the UK to support the recovery of threatened species and insect populations. 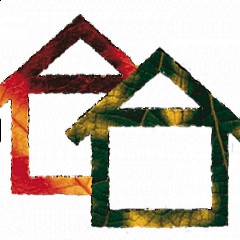 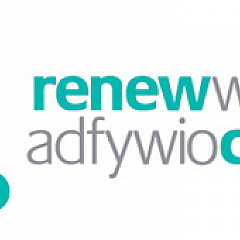 A nation-wide, practitioner-led programme that has created a huge network of skills, knowledge and experience-sharing on community-led climate action.