Our extensive drain blocking project undertaken by CABB has begun to restore this very special ecosystem and promises multiple benefits for landowners, Northern Ireland Water, our customers and biodiversity.

by Co-operation Across Borders for Biodiversity (CABB)

Supported by the European Union’s INTERREG VA Programme, managed by the Special EU Programmes Body (SEUPB), Co-operation Across Borders for Biodiversity (CABB) is a €4.9m five-year partnership led by RSPB NI and involving RSPB Scotland, Birdwatch Ireland, Butterfly Conservation, Moors for the Future and Northern Ireland Water. The Garron Plateau benefitted from this partnership after obtaining funding in 2017 for a bog restoration project.

The Garron Plateau (SAC, SPA, ASSI, Ramsar Site) in Country Antrim contains the largest area of intact blanket bog in Northern Ireland. The peatland supports an array of flora and fauna, which include a number of rare and notable species, and a diverse upland breeding bird population. Prior to restoration commencing, the site was mostly in unfavourable condition. The total study area was 5,395 ha, including some surrounding coniferous forestry and farmland. The natural capital assessment confirmed that carbon, water services and biodiversity are by far the most important ecosystem services delivered by the site, along with some additional cultural services, such as educational and scientific value.

Previous land management in the area had served to degrade the unique landscape compromising the bog’s ability to sequester carbon, retain water and support nature. In the past, the bog was drained and overgrazed leading to a fall in the water table, the drying of the peat and erosion. This caused carbon losses from the exposed dry soil, a decline in priority plant species and a fall in water quality in the nearby reservoir. This led to significant costs for water treatment as the water that flowed from the damaged bog catchment was dark brown and contained high levels of peat sediment.

Through the CABB project, NI Water worked in partnership with RSPB NI and the Northern Ireland Environment Agency to deliver a range of restoration activities aimed at restoring nature, sequestering carbon and improving water quality. Central to this has been efforts to raise the bog’s water table by blocking a large network of on-site drains. Blocking drains rewets the peat, stabilising the site’s hydrology and allowing the specialised peatland plants to recolonise. Activating the blanket bog restores the ecosystem services that this globally rare habitat provides.

Between 2018-19 over 1000 existing drains were blocked as part of the project, allowing for the restoration of 493ha of land within Garron. Some 493 hectares of globally rare blanket bog were restored. There has been significant habitat improvement for priority and protected species including Hen Harrier and the Marsh Fritillary butterfly. Peat is now revegetating and rewetting, sequestering carbon, attenuating flow to the reservoir and slowing erosion.

Consents and licenses – Authorisations from government bodies should be sought as soon as possible before the work begins, as these can often take some time.

Weather – Extremely important to run a ‘buddy system’ at all times working on the bog, but especially during inclement weather.

Drain positions – Aerial surveying of drain positions definitely requires additional ground-truthing and sufficient resources to conduct this. Compartmentalisation of drain areas is helpful to aid the programme of work. Drain marking with wooden posts worked well but would have benefitted from being GPS tagged at the time as well.

Dam materials – Future work would try to utilise peat dams from borrow pits above all other materials, saving money and resources and the peat dammed areas appear to have recovered/revegetated very well.

Machinery– Understanding of correct machinery for the job, experienced digger driver who has been consulted on the process and methodology from the beginning. Liaison with local farmers/land managers would be very beneficial to identify hotspots of very wet areas or ponds where machinery could avoid.

Smaller machinery choice for site access – The quad and trailer used to ferry the wooden dams from the road to the bog proved to incur some damage to the bog, which the farmer was concerned about. Would use low impact tyres/tracks on both in future to avoid damage.

Monitoring and data collection – Extremely important to establish baseline conditions prior to work starting and have monitoring in place at least some months before work begins. 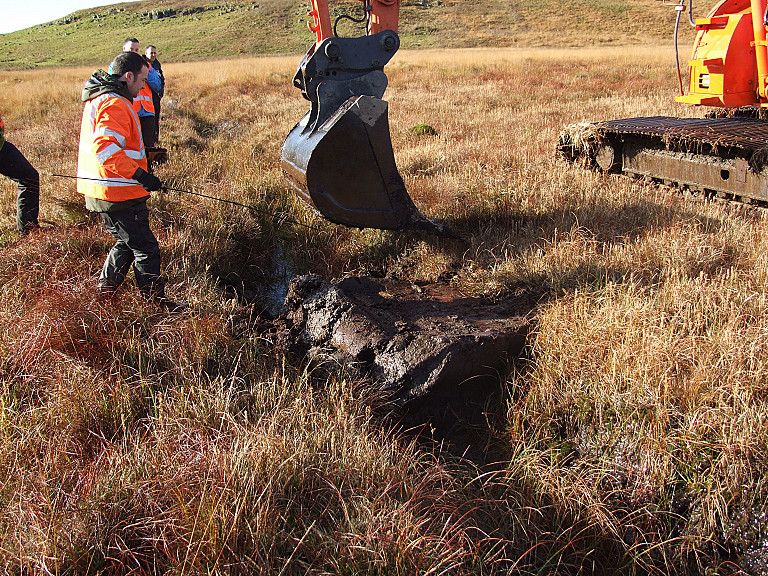 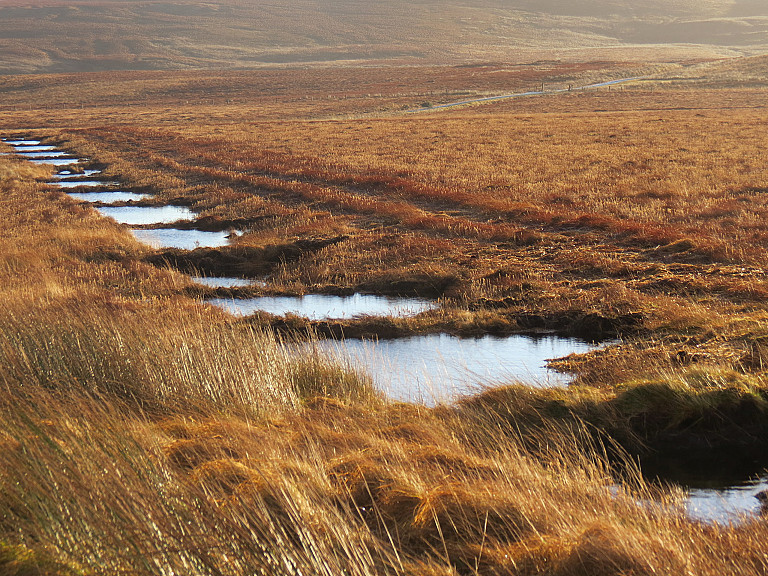 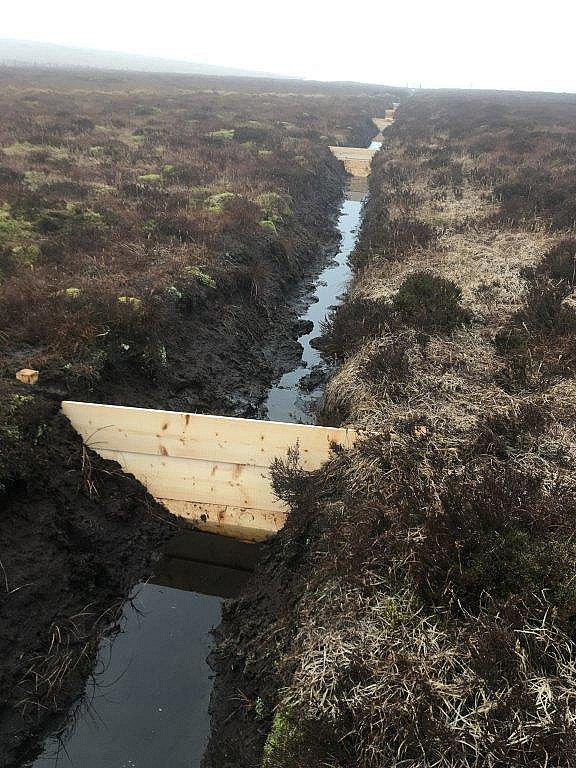